Craighelen LT&SC has an active squash section.  We have two teams in the West of Scotland leagues, playing matches weekly between October and March.   Club squash is played on a Friday evening from 5:30 p.m. onwards, and on Saturday afternoons between 3 and 5 p.m.  Visitors, particularly those who have never played before, are welcome (£5 per visit).  You are welcome to play up to six times before we ask you for a membership fee. 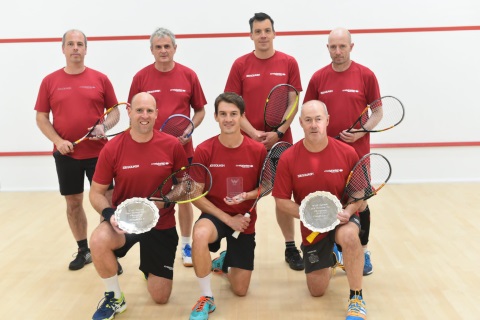 Craighelen Lawn Tennis & Squash Club were recently recognised with the 'Club of the Year' award by West of Scotland Squash for 2021/22. This followed a season where the men's 1st and 2nd teams both won their respective divisions in the West Leagues.

The success has continued into the summer with a number of players trying their hand at racketball and emerging victorious in the West of Scotland 2nd division. At an individual level, Rob Clarke also earned himself a coveted gold t-shirt with victory in the 'Racketball Around Scotland' (RASTA) event held at SSRC.

We will also be running a 'Try Squash' session at the club on Saturday 6th August. This is part of the 'Love Squash' week that is being promoted by Scottish Squash to coincide with the Commonwealth Games, where you will hopefully be inspired by watching some of the best players in the world! More information to follow." 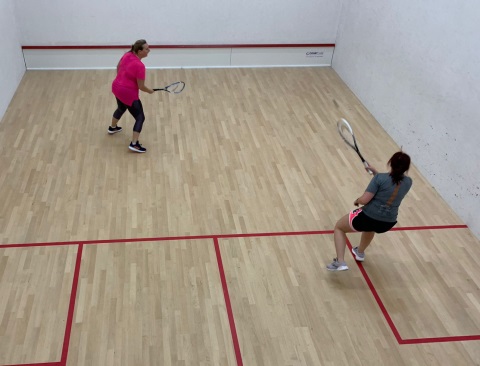 Ladies squash Monday nights 7-9 pm. Open to all levels (Even if you've never held a squash racket). There are a few rackets at the club that can be borrowed for the night.

Cost £5 for non-members attending as visitors - no charge for members.

We also use £1 coin for the lights so remember to bring one along with you.

You can also play racketball this - is slightly slower than squash but every bit as challenging.

Squash is a great cardio workout for those who are looking for a new challenge and is very sociable.