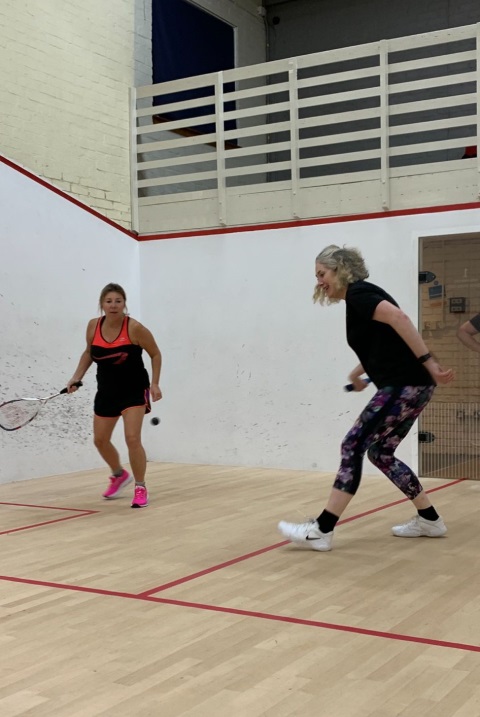 Racketball is a sport similar to squash but easier to play, especially for those who have never played racquet sports before, since the ball is bigger and bouncier, and the racquet is larger. Racketball is played on a squash court, but with simplified rules.

Racketball is a sport that can be played by either men or women, and is well suited to being played as doubles, due to the slower nature of the game.

Club racketball is played on Friday evening between 4 and 6 p.m.   Visitors, particularly those who have never played before, are welcome (£5 per visit).  You are welcome to play up to five times before we ask you for a membership fee.

Individual racketball coaching is available for beginners, or anyone wishing to improve their game.